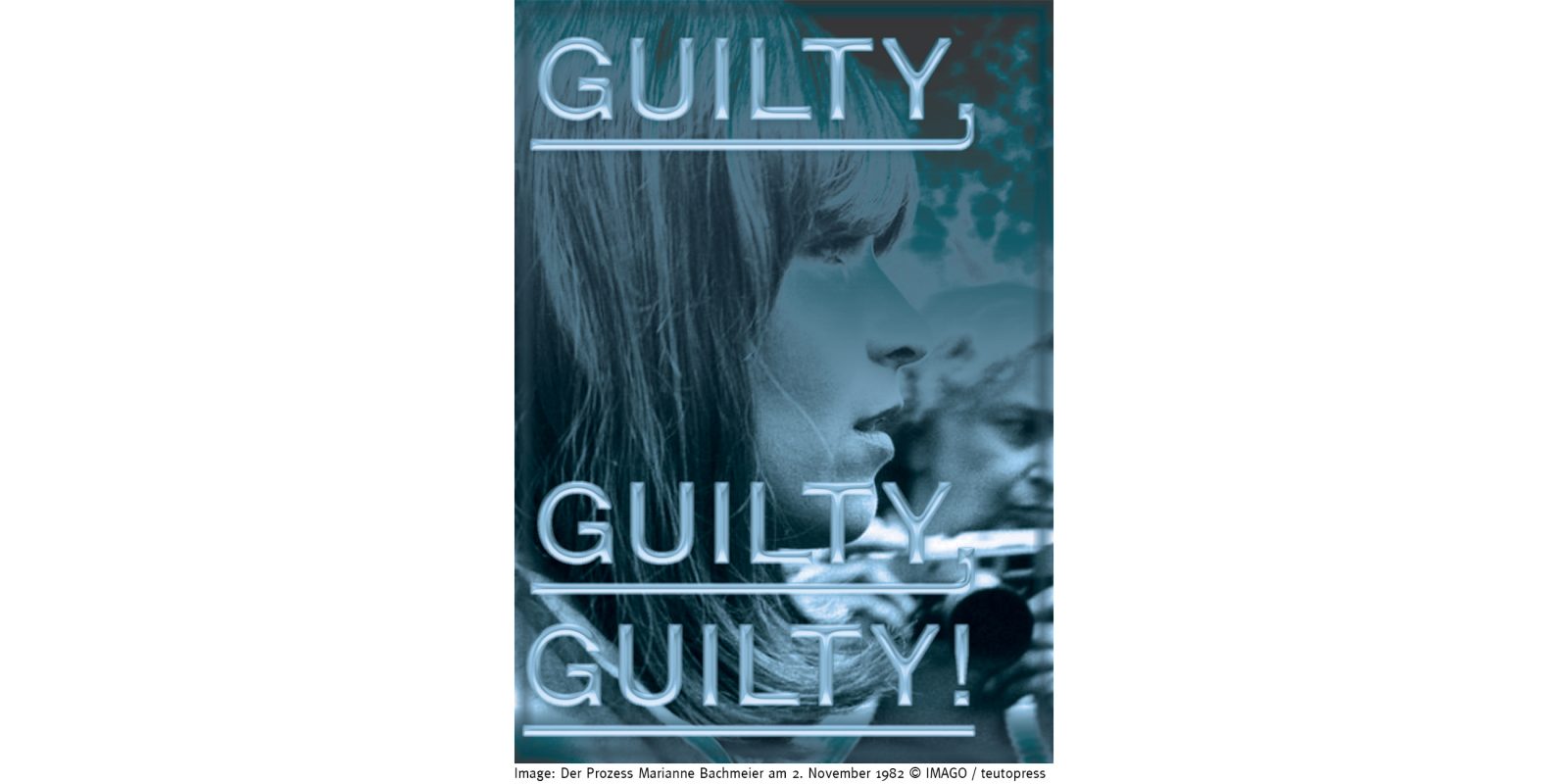 The group exhibition „Guity, guilty, guilty! Towards a Feminist Criminology“ undertakes a feminist assessment in relation to jurisdictional power. The focus is on „Women on Trial“ – female artists, ‘bad mothers’, women defendants and women plaintiffs on a rather lost cause. In this context, the court room does not only figure as a site of decision making, but first and foremost as a space in which a political or ideological image of women is always implicitly constructed. What else is, beyond the juridical paragraphs, actually debated here? And how can we render this hidden discourse visible?

„The Face of War is Unwomanly” stated journalist Svetlana Alexievich in her momentous publication of the same title, and the same seems to be true for a juridical history of women’s resistance and female delinquency. As sociologist Carol Smart has repeatedly argued since the 1970s, there is striking gap if it comes to female criminology, and even more so, if we dare to think of it as a feminist criminology. To fathom the latter, is one of the aims of this project.

Drawing from an analysis of original files, historical cases, and personal accounts, the invited artists will navigate through the juridical and bureaucratic sphere, consider alternative evidence, reflect upon testimonies and (un)reliable witnesses, and question double standards. Above all, they relocate the conviction of “being guilty” from the legal apparatus back to the social and political conditions, the clandestine public judgement, and the role of the media that attends to it.    In doing so, they create significant relations between otherwise isolated incidents of female disobedience, working towards an entourage in which the “Women on Trial” are able to share a distinct form of feminist knowledge.

The project is funded by the Senate Department for Culture and Europe: Capital Cultural Fund (HKF) and Bundesstiftung Magnus Hirschfeld.